Interview with Dr. Lapp - A Pioneer and Patriarch 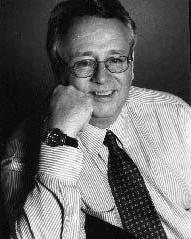 To give you an idea how long Chuck Lapp has been serving the CFS/ME community, think about this - Before Steve Jobs invented the Macintosh Computer, Dr. Charles Lapp was contacting the CDS about a mysterious new illness. Dr. Lapp has been treating and specializing in CFS patients for over 25 years. He was one of the founders of the CFIDS Association in Charlotte, and continues to be one of the leading physicians in the field, always on the cutting edge of new therapies and drug trials. In the USA today, only 2 physicians are administering the drug Ampligen, Dr. Lapp in Charlotte,  and Dr. Peterson in Reno. We caught up with Chuck Lapp as he was on his way to a speaking engagement in Atlanta.
Kelvin: Dr. Lapp, you have been specializing in this disease for over two decades, and moved to Charlotte in the early 1990's to team up with Dr. Cheney to launch the first group of physicians who took this infirmity seriously. Tell us about those days.
Dr. Lapp: I saw my first patients with this disease in 1983, and began researching CFS in earnest in 1985. I made contact with Paul Cheney at that time and we started seeing patients together around 1988. Although at that time I was commuting back and forth between Raleigh and Charlotte, where I ran a large family practice. In late 1991 I moved full time to Charlotte, where the Ampligen studies had just begun, and I was placed in charge of the Ampligen patients. Dave Bell joined us for 2 years as I recall between 1989 and 1991. Dr. Myra Preston also shared office space with us. When Marc Iverson's CFS support group started growing, we used it as the base for launching what today is known as CAA or the CFIDS Association.
Kelvin: You mentioned in the past that in those early days, you and Cheney were trying everything you could think of to help CFS/ME patients. Like Edison with his light bulb, you had many things that did NOT work, and some that did. Tell us about some of those.
Dr. Lapp: I counted it up and there were over 120 "ideas" we tested or researched, based on what we read in journals, or heard at meetings with other physicians. As you know, in those days, very little was known about the disease, so we were trying everything we could just to help patients. For example some of the treatments we discovered that did help included:
Some of the things that did not work out well included:
I should tell you that there were loads of "theories" floating around as well, many of them we put to the test. For example, NONE of these theories panned out:
Kelvin: With almost 20 years experience treating patients with Ampligen, in general what results have you seen?
Dr. Lapp: You know that FDA regulations limit what I can say publicly- during a trial period we are restricted as to what we can reveal about any drug before it receives approval, so I have to be careful here. On our site at the Hunter Hopkins Center we quote the Medical Director of Hemispherx Biopharma who said based on their research "Ampligen may be the first drug to demonstrate safety and effectiveness in the treatment of CFS." But I would tell you that our overall experience with Ampligen has been good. We have patients who have made remarkable improvements; patients who have made modest improvements, and patients who have made no improvement at all. Overall the drug has been well tolerated. I cannot recall  anyone who got worse on Ampligen.  It is interesting to note that with the latest news whirlwind regarding CFS and the XMRV virus, that in early September 2010 Hemispherx posted a study where test subjects receiving Ampligen who were XMRV antibody positive performed better on exercise tests than the others. We're still waiting for more data on that, but readers can see all the details on the CFIDS Association website.
Kelvin: What makes Ampligen different than all the other treatments you've used over the years?

Dr. Lapp: It is not clear how Ampligen actually works, but the drug is known to have antiviral and immune modulating properties. Preliminary studies ahve shown activity against retroviruses (like HIV) as well. Ampligen also modulates interferon-induced RNaseL and PKR antiviral systems of the body, which have been closely associated with CFS. Most importantly, Ampligen is the only medication that has undergone rigorous study for the treatment of CFS, not just treatment of CFS symptoms.
Kelvin: You don't accept all patients who want Ampligen. What makes for a good Ampligen candidate?

Dr. Lapp: The only way to obtain Ampligen today is to enter an FDA-approved research study known as AMP-511. This is a cost recovery program, which means that researchers are required to recover the cost of  treatment from the patient. Previously this program was known as "compassionate care." This type of program requires patients be very ill and have not responded to reasonable previous treatments. specific exclusionary and inclusion criteria are specified by the FDA, and can be viewed by going to www.clinicaltrials.gov and search on Trial NCT00125813.
Kelvin: Dr. Lapp, you are one of the few Doctors who has not only met Dr. Carter and the rest of the lead staff at Hemispherx Biopharma, but have had a relationship with them for almost 2 decades. What in your opinion is the future of Ampligen? Can you give us any hope that it will be approved, and finally made available to patients beyond the "cost recovery" program?

Dr. Lapp: Yes, I can. Again, I am limited by regulation as to how much I can say, but let me say this... Last December the FDA responded to Hemispherx's New Drug Application with a "Complete Response Letter." This letter provided recommendations for improving the application, which implies that the drug is ultimately approvable. The Complete Response Letter suggested that Hemispherx perform one more study and clear up some questions about drug safety - specifically effects on immune activation and carcinogenicity. Dr. Carter, Dr. strayer, and senior members in the company all indicated that Hemispherx wants to pursue approval and has the wherewithal to do that.
Kelvin: When I search "Google Scholar" I see there are a number of published, journal articles on the efficacy of Ampligen in combination with other drugs. For example, last year during the swine flu scare, Ampligen was shown to augment flu medications, and make them work faster. In the future, if Ampligen is approved, could you see patients using Ampligen in combination with other treatments?

Dr. Lapp: Oh yes, absolutely. In the early days of CFS research, all the CFS guys and all the HIV guys would meet together, because Ampligen could potentiate so many of the AIDS medications. We've known this for years. So once approved, combination therapy with Ampligen would be a natural, a given.
Kelvin: OK, Dr. Lapp, last question. You are known for your compassion for patients with CFS/ME. You often absorb your own incidental costs related to Ampligen infusions, you have been known to let out of town patients stay at your home, you have resisted raising your prices for years, and you even have made house calls. What is the root of that generosity?
Dr. Lapp: Well, you know I have great empathy for CFS sufferers. I don't know that "generosity" is the right word though. More appropriately it is a desire to find a cure for this heinous illness and to make promising therapies available and affordable. The cost of receiving Ampligen in our clinic is $2000/month and many insurers will cover a large part of that cost. All medicine is expensive these days, but when you consider that the costs for treating rheumatoid arthritis, MS, cancer and other disorders are many times more expensive, it puts it into a different perspective I guess. We do all we can here to make treatment as affordable and available to our patients as possible. We have had patients come here to Charlotte, move here in fact, from all over the world, to get Ampligen. One of the things I love telling potential patients who are considering Ampligen is how compassionate our entire staff is. As hundreds of her followers and patients know, Dr. Black, who also administrates our Facebook site has a special empathy for our patients. And all of our Ampligen patients know and love Wendy, who they see twice a week for infusions. She is literally sticking them with needles every Monday and Thursday, and yet they all smile when they see her!  I think that's what sets our office here at Hunter Hopkins Center apart from others.
Kelvin: Thank you Dr. Lapp.
Posted by Kelvin Lord at 1:48 PM