I Swear, It's Nothing Personal! 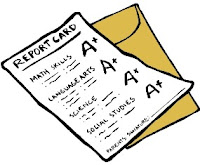 I never liked report cards as a student, but since today marks the completion of 14 weeks on Ampligen, signifying that I've just passed the quarter-mile mark, I thought I'd give you an update on my progress, by way of some mid-term grades.  After having 28 infusions of this amazing "experimental" drug, here are the things that have and have not improved to date. Grades are based on the typical American system, with A being best, and D's and F's being worst.
Things that have improved on Ampligen:
Appetite -  A+ This was the very first thing I noticed that Ampligen affected, from the very first day on the very first drip. My appetite returned while sitting in the clinic with the first Ampligen infusion in my arm, and I remember commenting to Nurse Gwen about it. When I arrive here I weighed barely 170 pounds - not enough for my 6'1" frame - and today I am sporting a pot belly at 199 pounds. That's almost 30 pounds gained in 3 months, and my new challenge is figuring out how to stop gaining! But I feel better with this weight back on, and most tell me I look better too.
Sleep A+ - The second most noticeable benefit of Ampligen was both the length and quality of my sleep. I remember the first night after my first "drip" having vivid dreams. I began writing them down, so intense and profound they seemed to me, but after a few weeks I just sat back in my sleep, and enjoyed the show. Today I always sleep at least 8 hours per night, and always have multiple dream sets.
Brainwaves B+ - Early in my treatment I went to a pretty well known Doctor who specialized in Quantitative EEG and neurofeedback therapy, who has had a lot of M.E. patients, and got a scan of my brainwaves. After seeing the color images of my brain activity on her screen, I asked her "what does that show you?" She said, "If you took this image to any hospital emergency room, and showed it to any random resident working that day, they would say to you "So was this patient in a car accident, or hit with a bat? Because there is serious brain trauma here."  Since then, every day after my Ampligen treatment I've gone immediately to this Doctor's office, and had neurofeedback. Since then my Theta waves, which were off the chart, and looked much like someone with ADD or ADHD, have come down within "normal" range. I attribute that both to the Ampligen, and the neurofeedback therapy. Experientially, my short-term memory has improved, and my business associates have told me that I'm "much sharper" in my decision making and management. Even though I still don't go into the office, and do my job on the phone and the Internet, they've noticed a difference.
Headaches B+ - In short, my headaches have almost completely disappeared since starting on Ampligen. My ears still ring occasionally, but the pain has not reared its ugly head in a long time.
Digestion B+ - If you read some of my earlier posts, you know that I went from diarrhea, to constipation early in my Ampligen treatment. The pendulum has swung back to the middle, and suffice to say everything is now normal and regular. I still watch what I eat, avoid gluten, sugar, and the usual suspects, but apart from those restrictions, the machinery functions pretty much everyday like clockwork.
Things still waiting to be improved on Ampligen:
Low Energy - D-  When I arrived here I could hardly walk from the airport gate to the baggage carousel at the airport. Although I might be a little better than that, today I am still limited by low energy levels. More than 7 minutes walking and I'll be pooped, and pay for it the next day. In our animated church we stand a lot, and sometimes I just can't do it for more than 5 minutes. Staying "horizontal" is still necessary for me, most of the day.
Limited Exercise D+ - I have not been able to increase my exercise level at all since being on Ampligen. I have hope that this will change soon, because other patients tell me after month 6 the energy level starts to pop. But as of today, apart from like 10 minutes of stretches each day, I'm unable to do much.
Concentration Difficulty D - Although I have seen slight improvement in this area, I have to confess that mental concentration is still a problem. To write this blog for example takes me multiple sittings, and big-time discipline, because my mind wants to bail about every 5 minutes. This is getting better, but there is still a long way to go.
Muscle Pain D - Although the flu-like side effects of Ampligen have, after 3 months, now completely dissipated, I still awaken every morning with stiff, sore leg and back muscles.  I still am fighting pain and soreness all the time, all day long. Sometimes the locations change, but every day something muscular is hurting.
It is these four problem areas that combine to still make it difficult for me to work for any long periods, or take my wife out to dinner, or just dance with her in the living room. Don't get me wrong, I'm thankful for the improvements I've noted in the section of "good grades" above. But until Ampligen can fix these "low grade" areas, I won't be satisfied.
Oh yes, one more thing, that my wife has noticed. My mouth has gotten a lot better. Of all the tests and measurments as to how I feel and how I'm doing on Ampligen,  this one might be the best diagnostic of all. I give myself a B on this.
I very rarely use the "f" word as an adjective any more! Thank God!
Posted by Kelvin Lord at 10:28 AM 1 comment:

How to Answer "What's Wrong With You?" 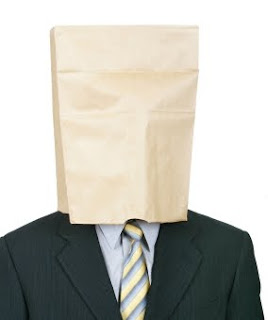